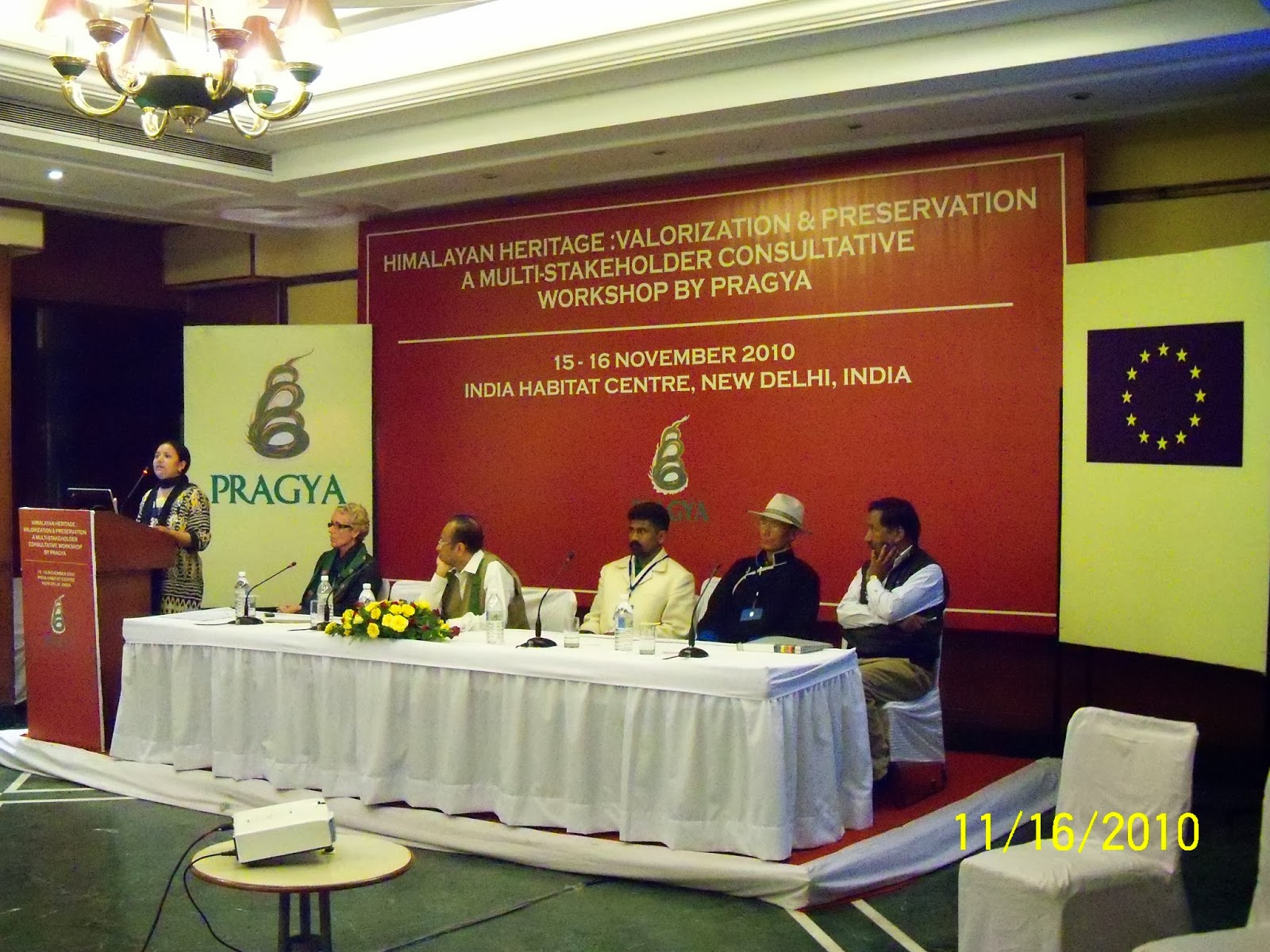 The workshop - ‘Himalayan Heritage: Valorization and Preservation’ - organized by Pragya at the India Habitat Centre, New Delhi was aimed at catalyzing heritage-based enterprises, collaborations and networks in the Himalayan region. The two-day event held on 15th and 16th of November 2010 got together a cross-section of stakeholders to a common forum for interactions, deliberations and participative problem solving. The said stakeholders ranged from from local cultural actors and producers of Himalayan products to national experts and policymakers, as well as industry representatives.

The workshop began with the cultural performance by Bhotiya Sanskriti Kala Manch Samiti from Chamoli district, Uttarakhand, giving the Himalayan artists an opportunity to showcase their talent. Kumari Agatha Sangma (MoS, Ministry of Rural Development), who graced the inaugural session of the workshop as the Chief Guest, inaugurated the website ‘Himalayan Voices’ (www.himalayanvoices.org), a portal meant to bring the voices of the people of the Himalayas to the rest of the world and bridge the information gap existing in the Himalayas. Mr. Uday Kumar Varma (Secretary, Ministry of MSME) addressed the participants as Guest of Honour on the second day of the event. The workshop also included keynote addresses by Mr. Mahendra P. Lama (Vice Chancellor, Sikkim University) and Mr. G.B. Mukherji (Ex-Secretary, Ministry of Tribal Affairs). During their brief presence at the workshop, Padma Bhushan Major H.P.S. Ahluwalia and Mr. P. Udayakumar (Director, National Small Industries Corporation) addressed the participants with a few words of encouragement.

During the workshop, apart from other deliberations, a session was dedicated to facilitating interactions among buyers, community producers and experts specific to identified Himalayan niche sectors. The session enabled discussions and dialogue on potential opportunities, issues and strategies for each niche sector. At the conclusion of the event, the district level conveners of the Himalayan Heritage Network facilitated by Pragya shared their experiences during a panel discussion. Ms. Ellen Pedersen (EU delegation to India) and Mr. G.B. Mukherji, who joined the network conveners at the dais, shared their own experiences with the Himalayas and in the mountain regions in other parts of the world.
at November 16, 2010 No comments:

Pragya has launched a new initiative to encourage active democracy and political participation among the Himalayan communities. The initiative is supported by the United Nations Democracy Fund (UNDEF). An addition to Pragya’s ongoing programmes on indigenous rights and evidence-based advocacy, the project would seek to empower especially marginalized groups - the women, the disabled and the pastoralists in the Himalayas.
at November 10, 2010 No comments: