Agriculture Research at the grassroots: practices to adapt to climate change.

Gyan Kumari is a farmer from the Dako village in Kinnaur, from the state of Himachal Pradesh, which, along with the state of Kashmir, is famous for its apples. Ms Kumari's family has traditionally derived its income from apple orchards and barley crops, but of late, the there have been drastic changes in her livelihood. “Many apple trees have perished. The treatment we applied to protect these trees after consultation with the horticultural department has also failed” she says.

The dwindling harvests of fruits can be directly attributed to one major factor: rising temperatures due to climate change. Fruit and Nut trees require a minimum period of cold weather – termed a chilling requirement – after which the fruit-bearing tree will blossom. An insufficient number of 'chilling hours' (essential for fruit and nut trees to break dormancy)  due to  rising temperatures around the globe has had an adverse impact the harvests of the horticultural harvests.  In the states of J & K, Uttarakhand and Himachal Pradesh in the Himalayan region in India, rising temperatures could directly affect the livelihoods of farmers from the states who primarily grow ‘stone fruits’ – apples, peaches, and apricots. 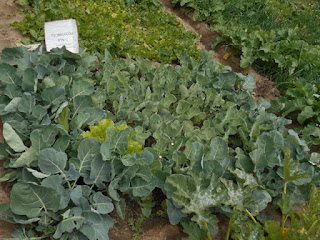 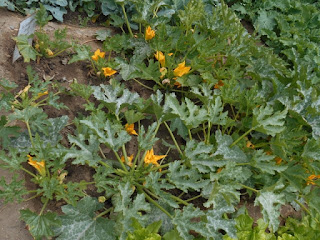 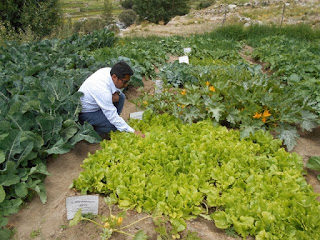 As part of a program to help farmers adapt to climate change and adopt 'climate-smart' practices, Pragya has helped the local farmers establish Research and Development (R&D) plots to test the viability of cultivating crops like lettuce, broccoli, celery, asparagus, among others, as an alternative or supplementary crop. The R & D plots provide crucial data about conditions that are essential for an ideal harvest, and allows for experimentation with innovative cultivation and irrigation practices. There is also a decentralized system where the farmers are encouraged to take up the cultivation of various crops, and their  plots serve as a demonstration that various crops can be successfully grown in the harsh climate of the high-altitude regions: an invaluable tool to persuade the local farmers to grow the traditional crops from the plains.

Pragya is working with farmers on the R & D plots in five districts in the Himalayan states of Himachal Pradesh and Uttarakhand in India.

The World Humanitarian Summit held in Istanbul, Turkey in May earlier this year brought together politicians, civil society groups and aid organizations to address the challenges that the global humanitarian agencies face. The Secretary General of the United Nations, Mr Ban Ki-moon structured the summit around five key agendas: “ending conflict; respecting the rules of war; leaving no one behind on the sustainable development agenda; working differently to end need, and investing in humanity.” The summit comes at a time when the wide displacement of people due to conflicts in Syria, Yemen and Iraq, has led to a global refugee crisis, and has become a contentious issue in the politics of the Global North. Equally worrying is the targeting of aid workers in conflict regions, in direct contravention of the International Humanitarian Law.

In other parts in the world, large-scale disasters are are increasingly complicit with a volatile regime of climate change. A prolonged drought in Central India leading to a water crisis and subsequent farmer suicides was immediately followed by large-scale flooding in the North India, primarily the states of Assam and Bihar, with over 4.2 million people affected. In June, heavy rains in the mountain regions of Uttarakhand and Himachal Pradesh in India caused entire villages to be washed away.

When taken as a whole, the picture of the humanitarian crisis that emerges is of large-scale displacement due to political conflicts and war, and the incipient humanitarian crisis of developing countries that are increasingly affected by disasters and climate change. Yet, in the vitiated political discourse and the partisan response to the global refugee crisis, it is the poor, marginalized, and vulnerable sections of society - women, children, tribal communities - that are most affected. Across the globe, international organizations face challenges in responding to crises, whose roots are often political in nature, and the inability to deal with events that transcend national boundaries. A divided response from the global community in the face of any humanitarian crisis, whether caused by political conflicts or natural disasters, denies the shared humanity and the common kinship that people share with each other.

World Humanitarian Day: Where we stand as an organization

Over the years, Pragya has worked to provide immediate relief in the form of material assistance and initiated long-term rehabilitation during the floods in Leh, India in 2010, the floods in North India in 2013, the floods in the Indian state of Jammu and Kashmir in 2014, and the devastating earthquake that struck Nepal on 2015. As a development organization that carries out humanitarian work among marginalized communities in remote regions, we find ourselves privy to a unique perspective. Pragya is currently working in tribal and border regions in 8 states across India. Floods occurring in two of these states – Assam and Bihar – has led to the displacement of 4.2 million people. Our long and deep engagement with people in these remote communities has enabled us to understand the many ways in which disaster further affects the socially marginalized  groups in many of these regions.

In Kishanganj district of Bihar, which saw the worst floods in 30 years, members of the Scheduled Tribes were the worst-affected, the little possessions they had destroyed, and in some instances, these communities found themselves sidelined from relief efforts. The response by humanitarian agencies cannot afford to ignore the social challenges like these: exclusion, discrimination and inability to access basic services - that these communities present.

Increasing incidence of natural disasters present a unique challenge to developing countries in the global south: limited access to resources and the high density of population in rural areas  resulting in the displacement of a large populace. Increasingly, the effects of these disasters are felt across borders. The Brahmaputra, responsible for seasonal floods in Assam, is a transnational river that crosses the border of three countries before emptying into the Bay of Bengal; the Koshi river, which originates in the Tibetan Autonomous region, drains the Himalayas in Nepal before crossing into the plains in Bihar, India. A change in the ecological system – deforestation, construction of hydel power stations –  in the upper reaches cause excessive depositing of sediments downstream leading to widespread flooding. Hence the need to reduce the risk from these disasters at the grassroots level, and enhance cooperation across political borders to ensure exchange of information and resources is vital.

The UN secretary General Ban Ki-moon has listed five core agendas in the World Humanitarian Summit in 2016. As an organization working in the Global South, straddling the development and humanitarian sectors, the Core Responsibility #4 “Working differently to end Need” with the motto “Reinforce, Anticipate and Transcend” resonates the most with us. In 2016, Pragya began piloting a citizen-based early-warning system, “DRRIS”, that works with local communities, and government organizations to provide early warning and effective post disaster response. The innovation was showcased at the World Humanitarian Summit held in Turkey, Istanbul in May this year. In accordance with the stipulations of Responsibility #4, “DRRIS” does not seek to replace the national disaster-response system that is in place, and it does not wait for crises to occur. We have been engaging with diverse state and non-state actors to pool resources, exchange information, and enable better response in the case of disasters.

Our experience has taught us that the divide between the humanitarian and development sectors needs to be bridged. Organizations working in both the sectors have to respond to the social reality of working with communities in developing countries and the challenges presented by recurring disasters and climate change. Pragya is working to make this a reality through the various projects it implements. 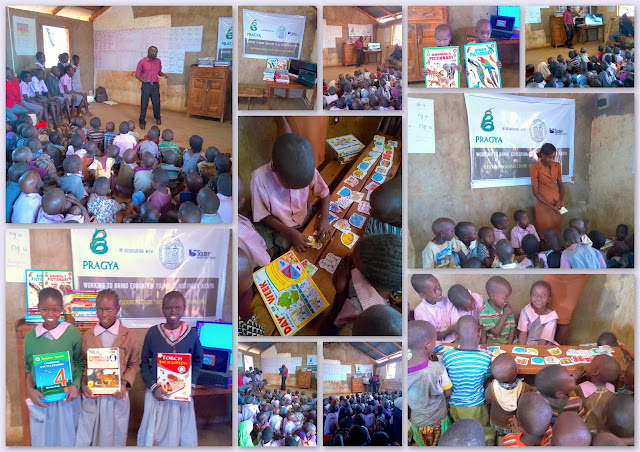 “We have no reason anymore not to improve our grades, because now we are better equipped, even more than our neighbouring schools who have been outperforming us” said Boniface Nakori, the head teacher of Sionta Primary School in Samburu County. The school, which was constructed in the middle of a pastoral zone, did not have many facilities, until recently. It is a similar story in the neighbouring Turkana county, where many schools do exist, but with inadequate facilities. One of the tenets of providing a basic education is accessibility, but if the education that we provide our children is to be meaningful, there has to be an equal emphasis on quality. And today, providing quality education also means ensuring that children are not left behind on the rapid strides made in the digital age.

Under its Education Resource Centre (ERC) project, Pragya conducted training across seven schools, in Samburu and Turkana counties in Northern Kenya, and provided schools with digital learning equipment and teaching learning materials (TLMs). The provision of DVDs and other materials ensures that quality education is delivered to the students. In many schools, the system was already in operation for sometime now, and the feedback from the students was enthusiastic. In the Kapua Primary School, the TVs had been linked with satellite television, enabling the school to tune into education programs. Mrs. Kerio, a guidance and counseling teacher in Nakwamekwi School, found the material useful in teaching the students about sex education, especially the symptoms and effects of various sexually transmitted diseases. The teachers found the materials immensely helpful in teaching science subjects that tend to require a lot of illustrations, which was made easy; and in some instances, the project helped the students who had never used laptops to do so. One of the outcomes of the project is that it familiarizes the students with digital materials, providing them with the necessary skills and confidence to function in the digital age.